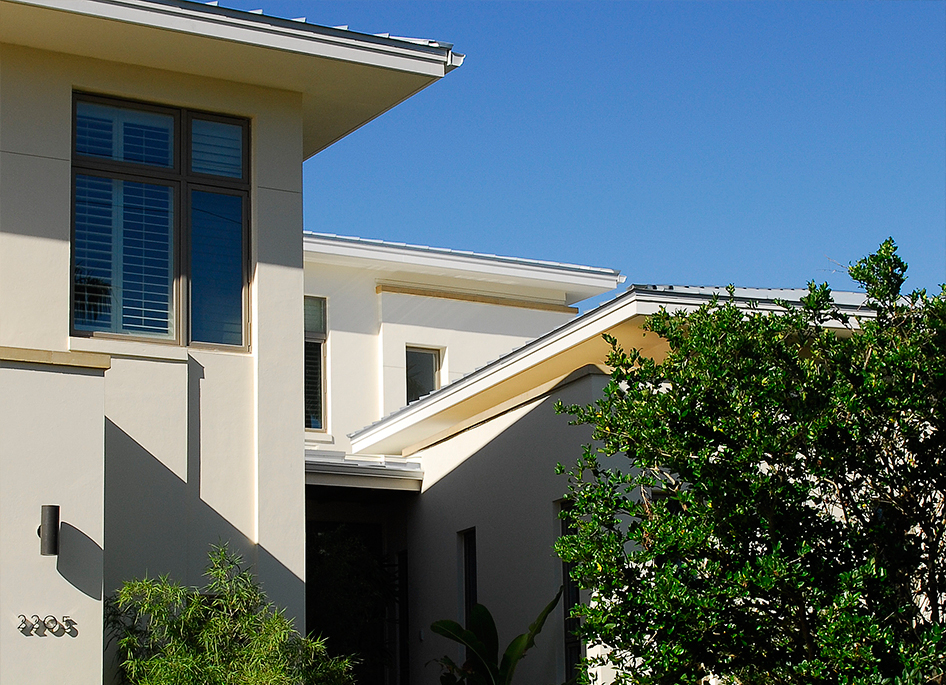 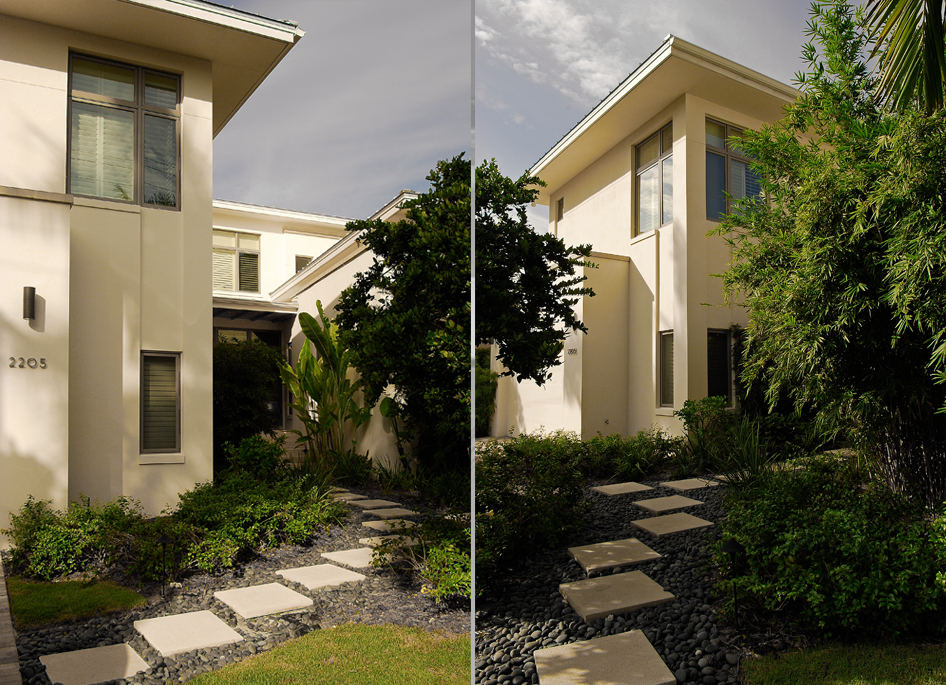 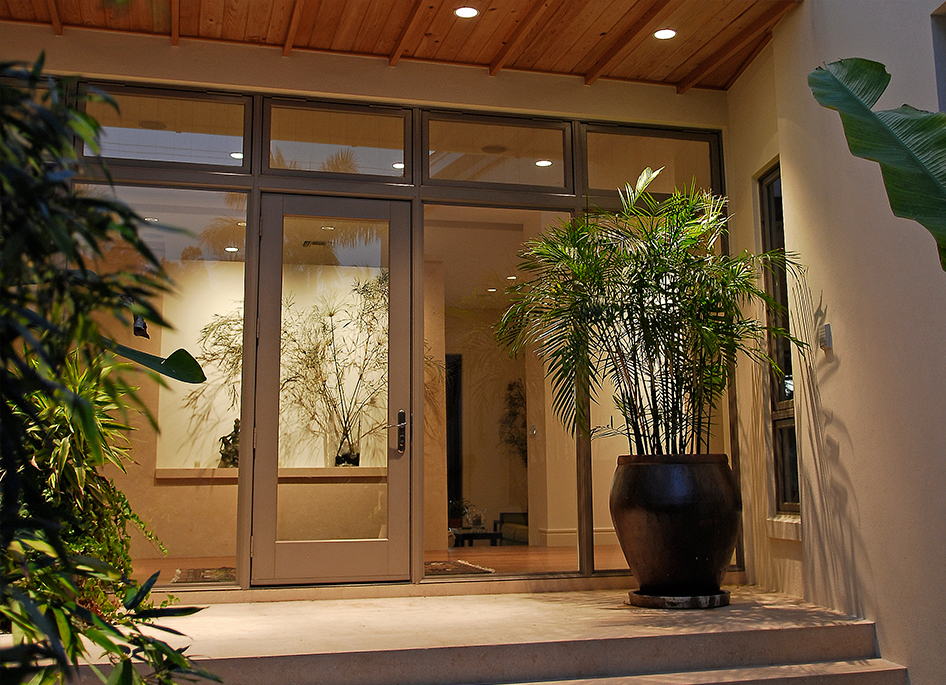 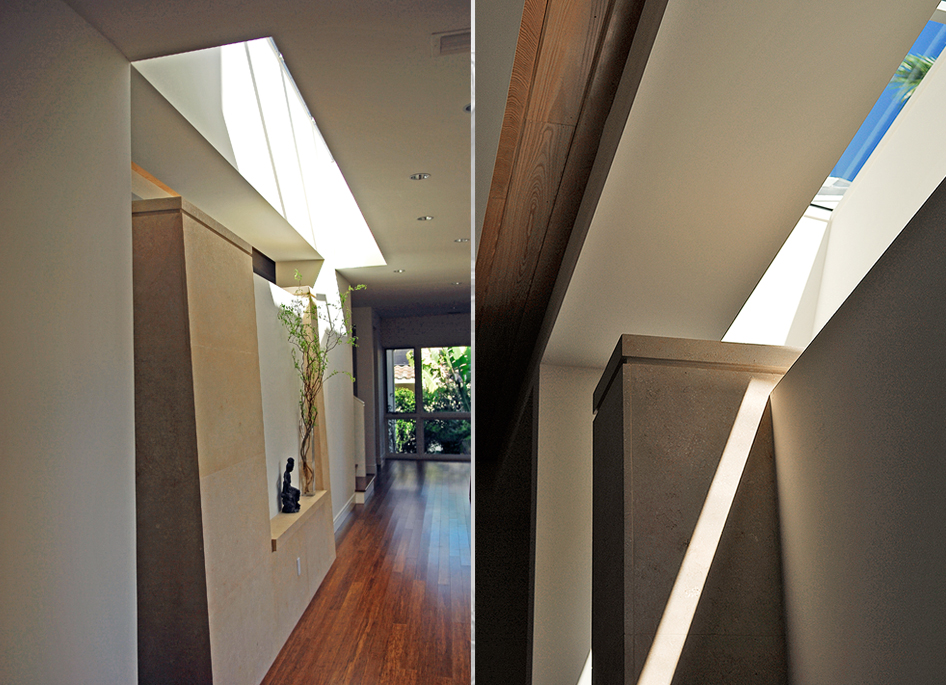 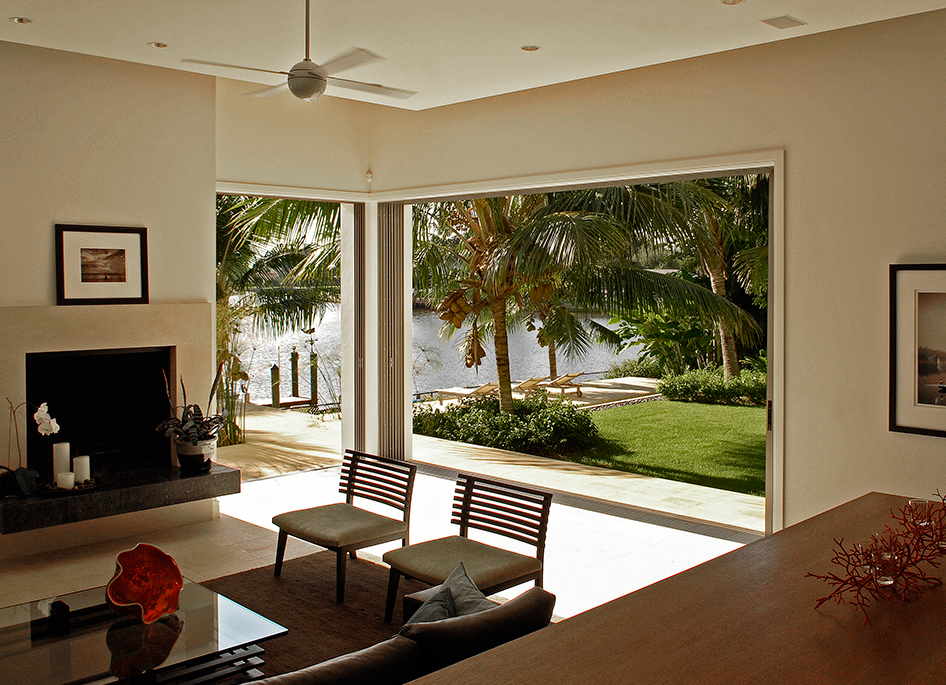 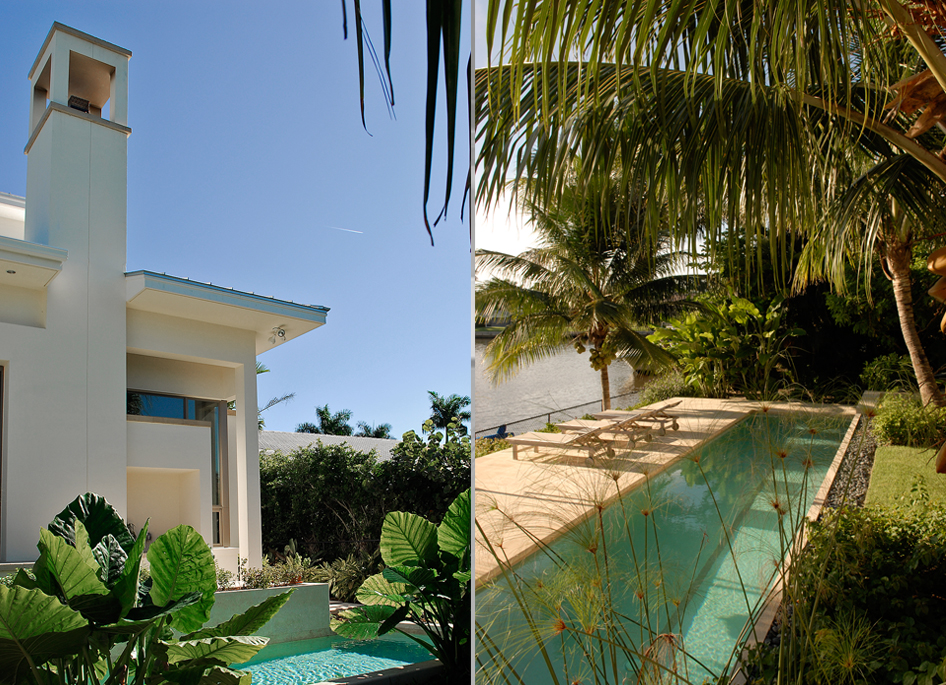 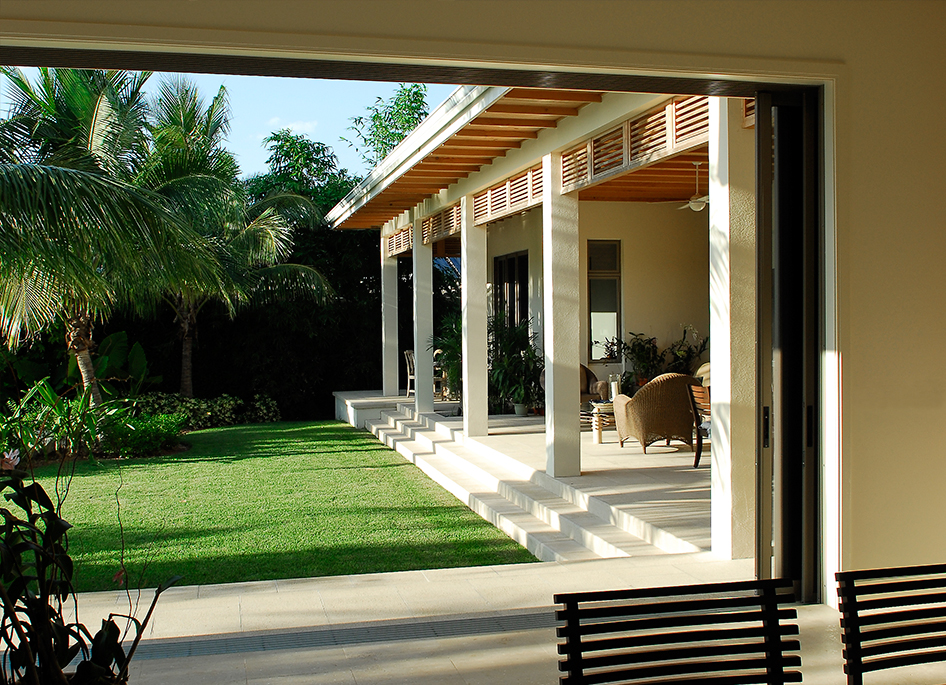 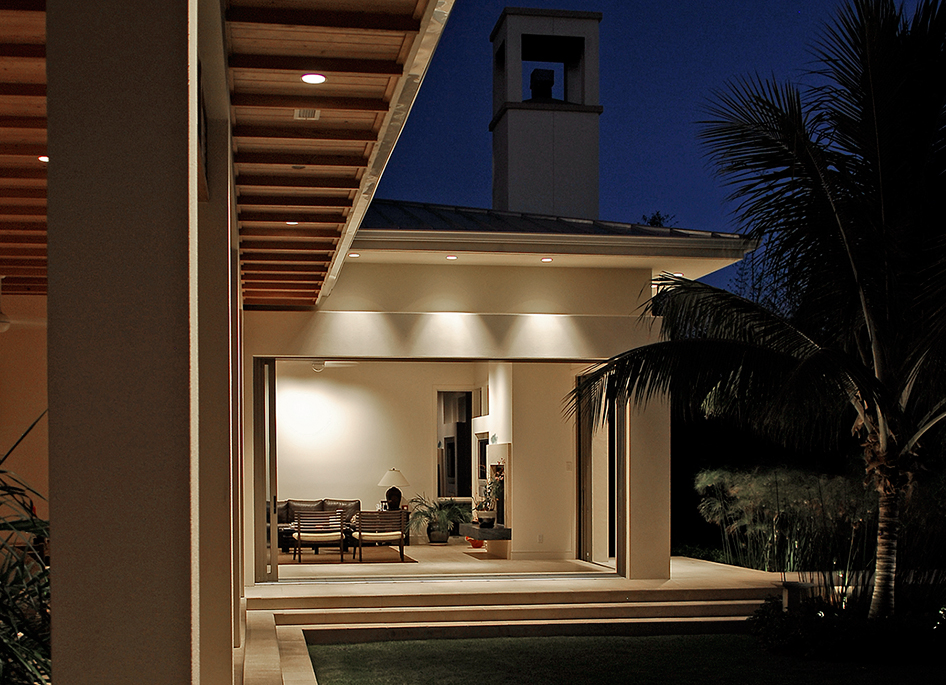 Located at the south end of the area of Naples known as the Moorings this site is in the heart of city. Many of the houses in the area are located on water and this one is no exception. Situated at east end of Bowline Bay with an un-obstructed view looking southwest down the bay towards Doctor's Pass. Like many of the developer homes in the area that were built post hurricane Donna, the existing residence was low slung, out of date, and didn't meet current building codes. The owners, having lived on the site for almost twenty years, were not interested in relocating, but wanted to remain on the lot they loved.

From the very beginning it was important to the clients to blur the line between inside and out. Like many in southwest Florida they spend much of their time outside, on the water, or around the pool. It was important to them for their new house to reflect this enjoyment of nature. They have always liked Polynesian and Balinese architecture, not necessarily from a stylistic standpoint, but more from an attitude about living. Because of this attitude the house was thought of as a series of indoor spaces with adjacent exterior architectural spaces. With that in mind, the main living spaces were located adjacent to the lanai, and each of the bedrooms has a private exterior space. In the master bedroom and bathroom this takes the form of two roof terraces. Due to the small nature of many of the lots in the area, it is common for houses to be conceptually two sided, front and back, with the sides being pushed as close to the side yards as possible without much thought to the spaces. By angling the front bedrooms a slot was opened on the north side of the house, allowing the creation of an exterior space for one of the bedrooms and bringing light into the entry corridor. One benefit to current flood plane requirements is that on many lots this allows the residence to be located higher than the road in the front and the seawall in the back. This grade change helped facilitate opening the view from most of the rooms in the house to the bay beyond.