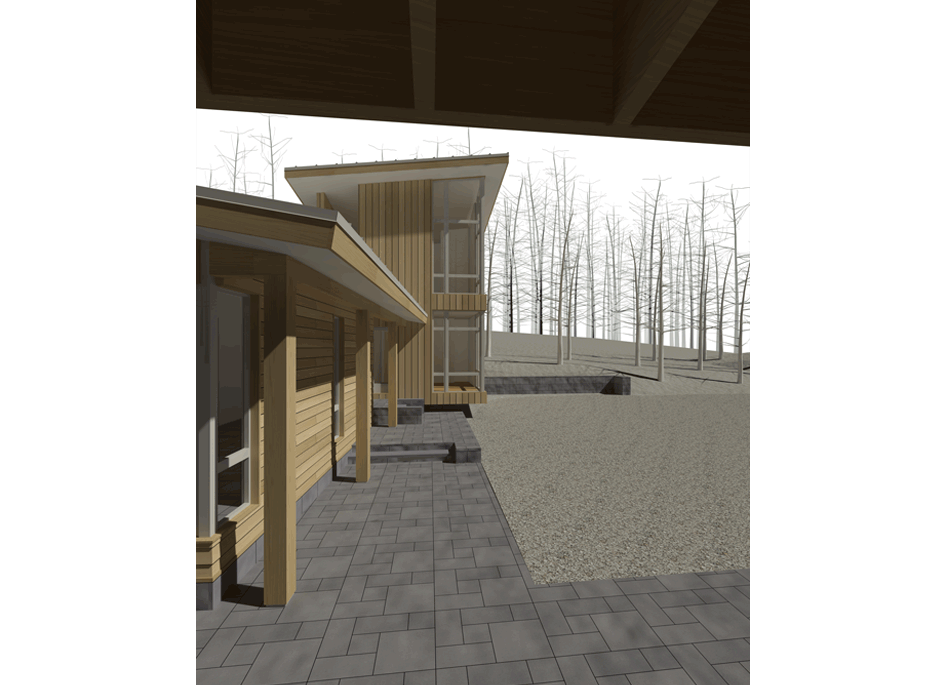 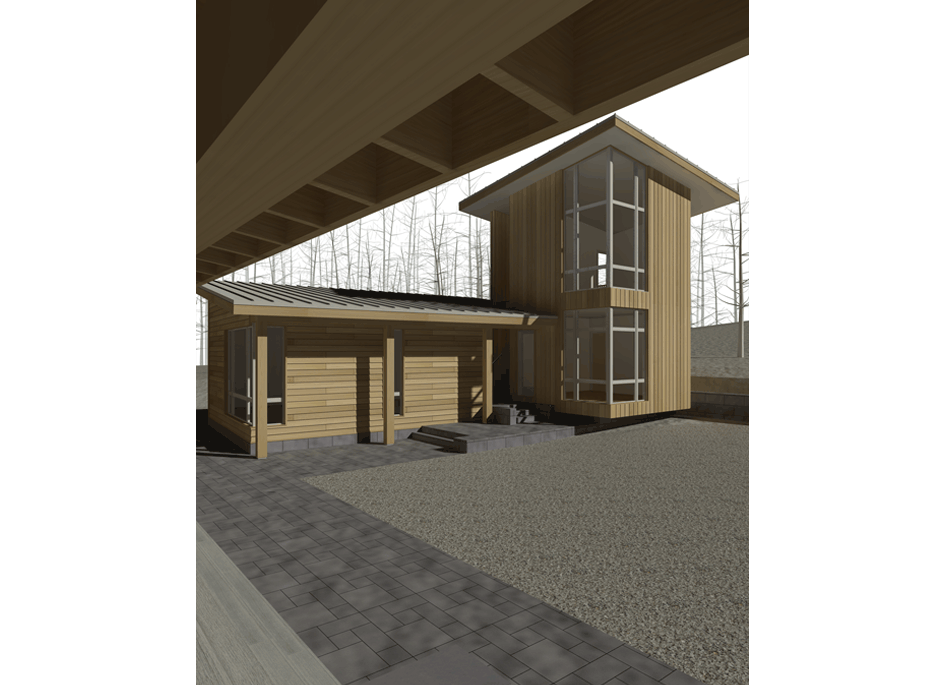 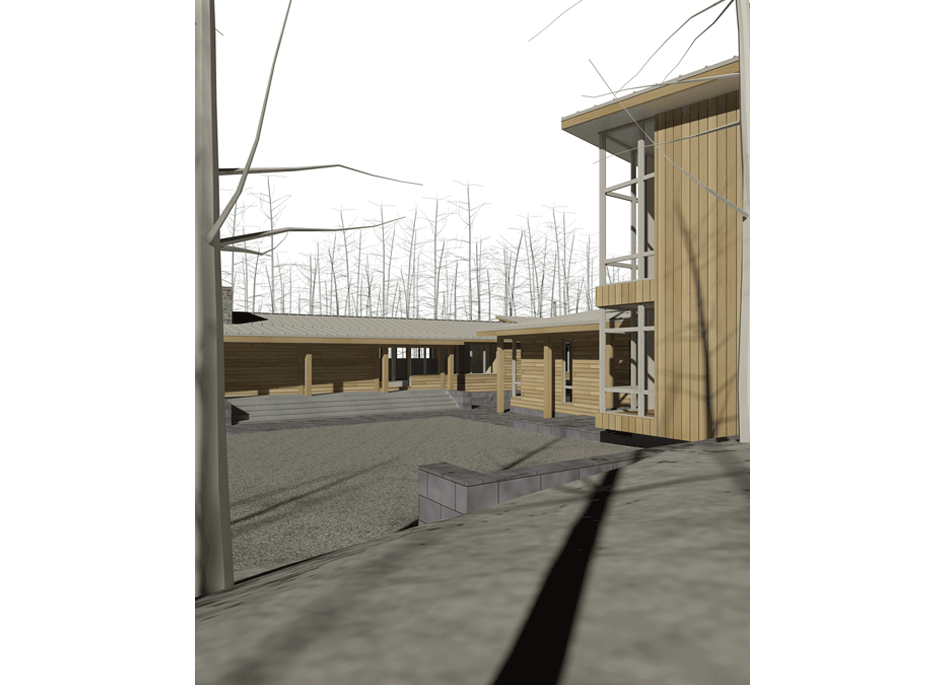 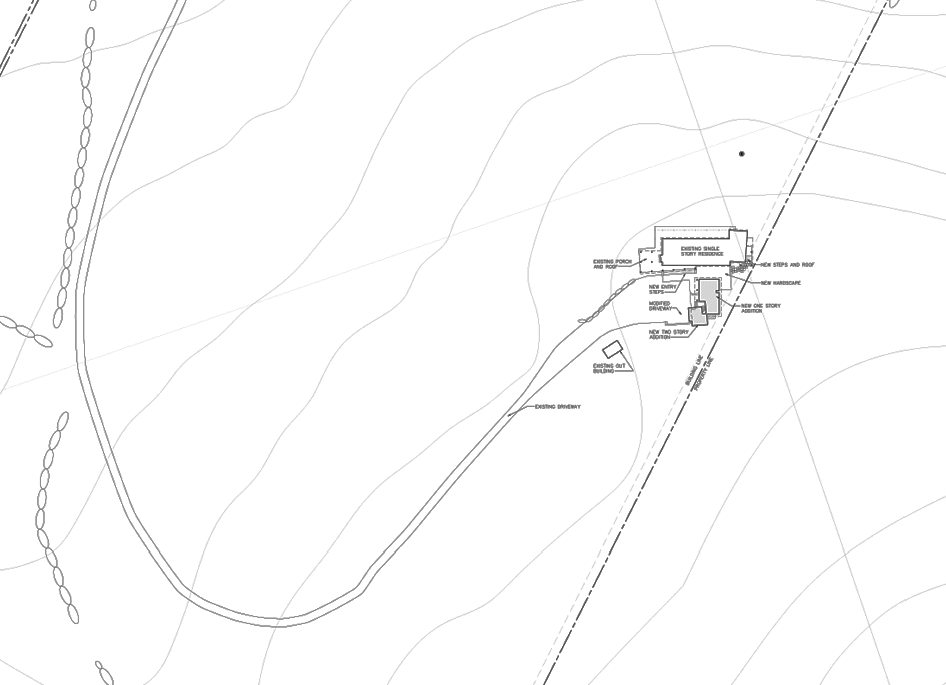 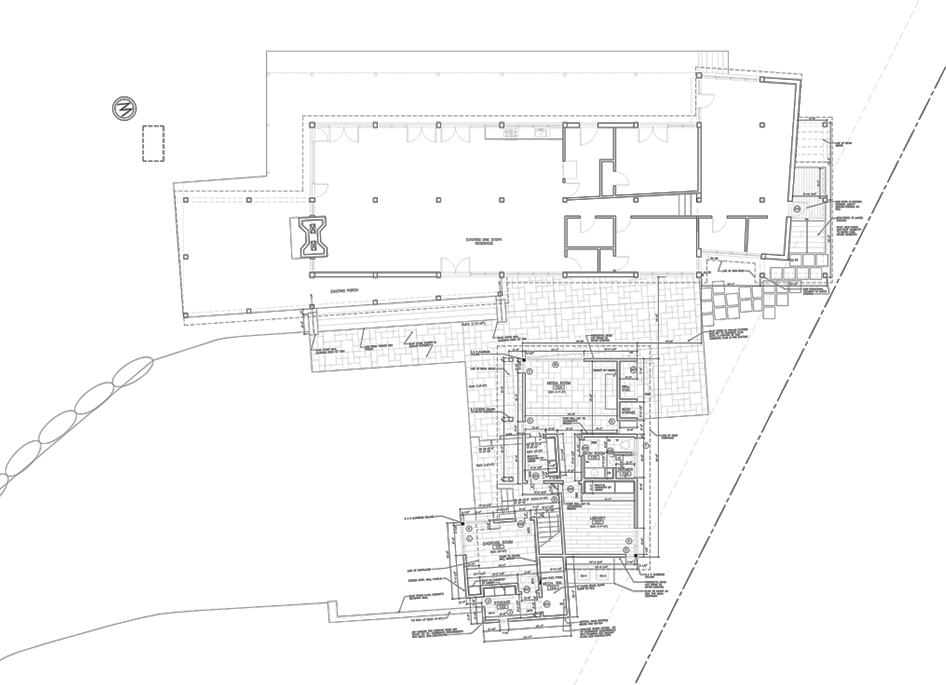 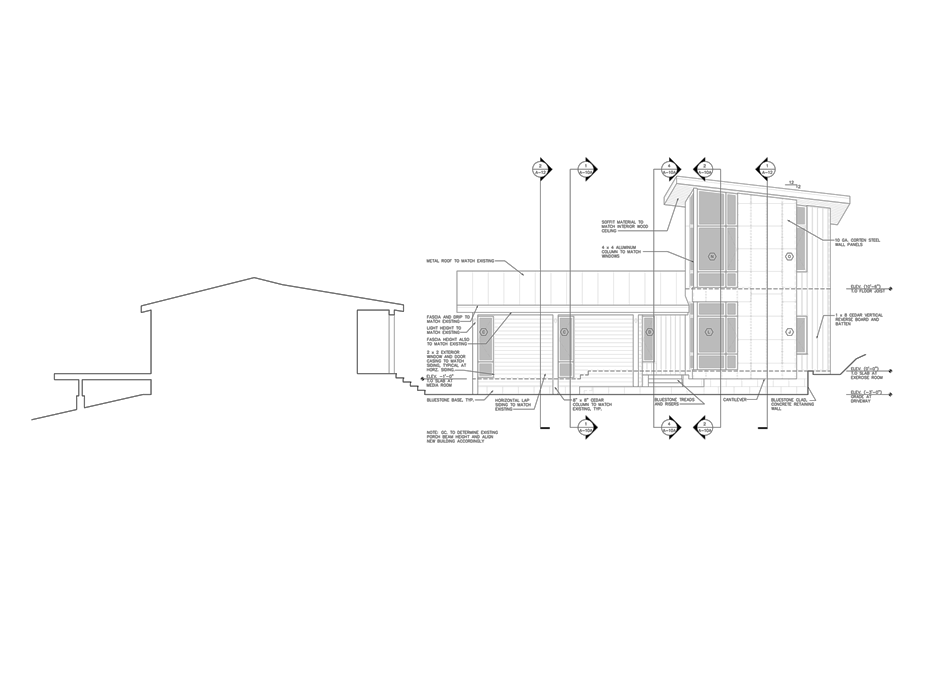 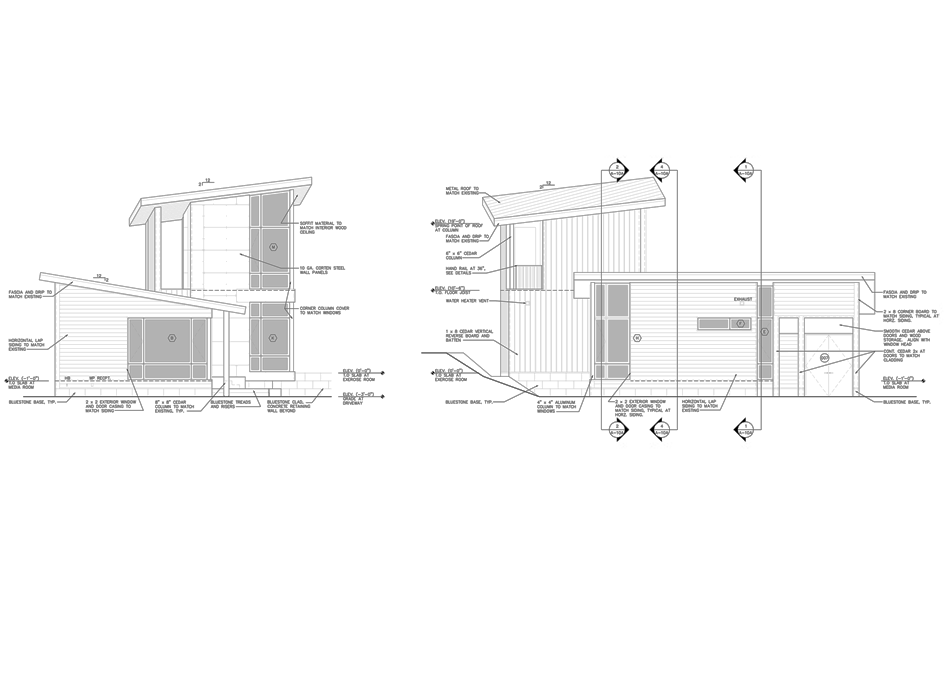 Located in a remote area of upstate New York, the site is situated on approximately 25 acres of densely wooded land sloped towards views of the Appalachian mountain range.

To the Clients, continuity between the existing and new architectural structures was paramount. The potential location of the new building was restricted both by the setback lines as well as the prerequisite of the Owners to not encroach on the views of the existing house. This placed the structure in a position where the site lines were masked by the existing house. Since the majority of the new spaces were for guests, the views from the office were the only problem of orientation. The idea of the office becoming a tower resolved this problem by focusing the views over the existing structure as well as recalls the image of fire towers that are still used in the area. The corten steel cladding further reinforces a dialogue with this typology of building in the area.