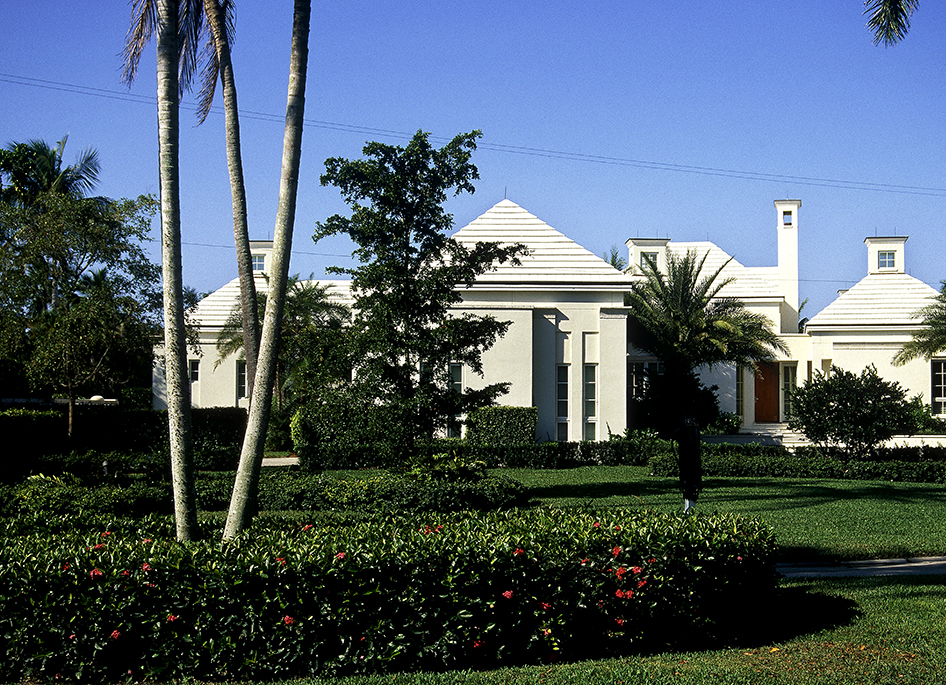 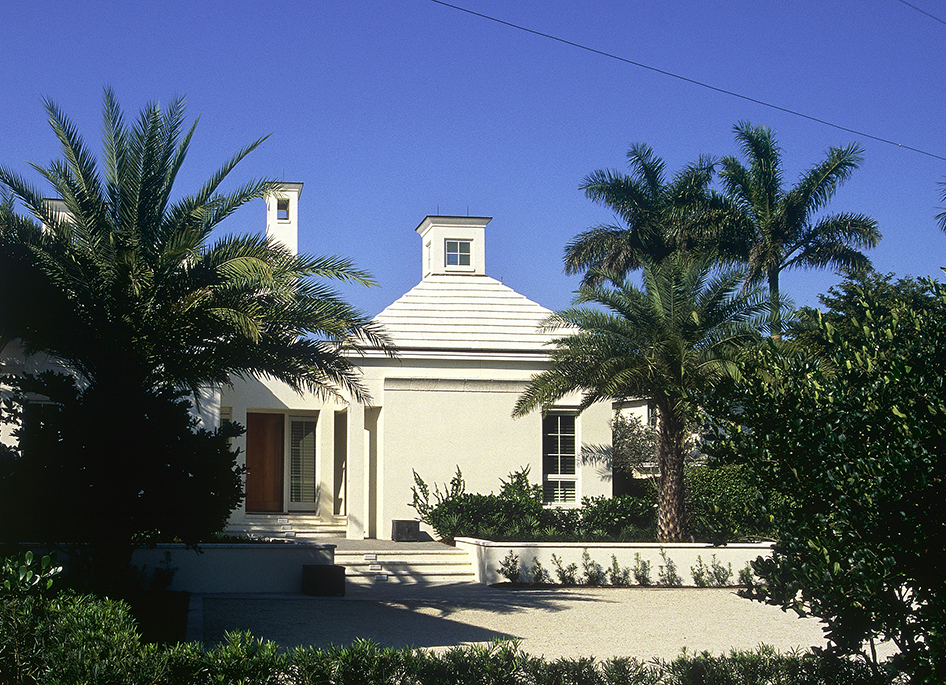 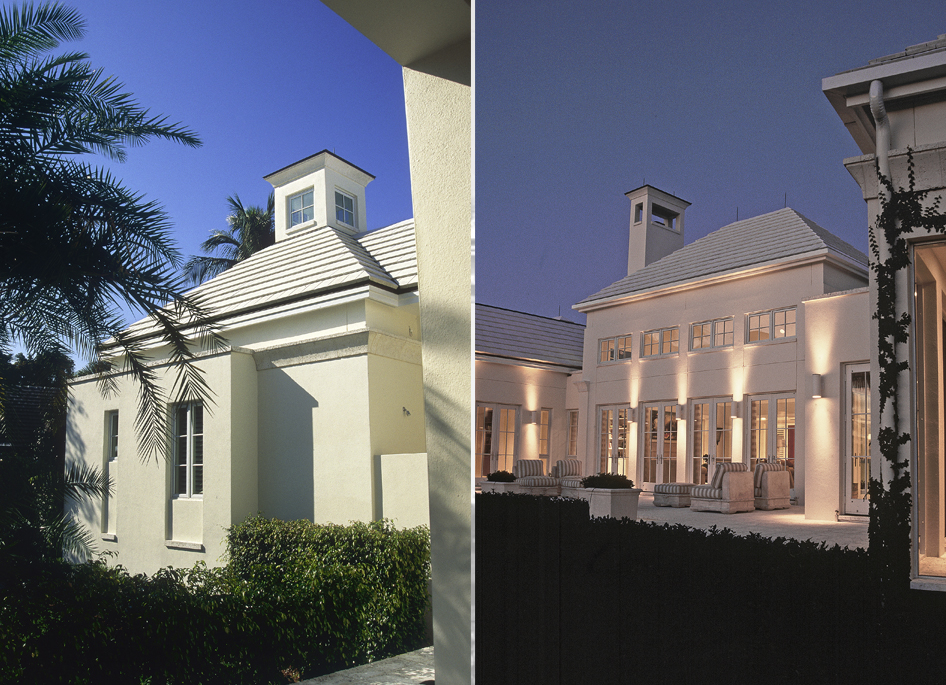 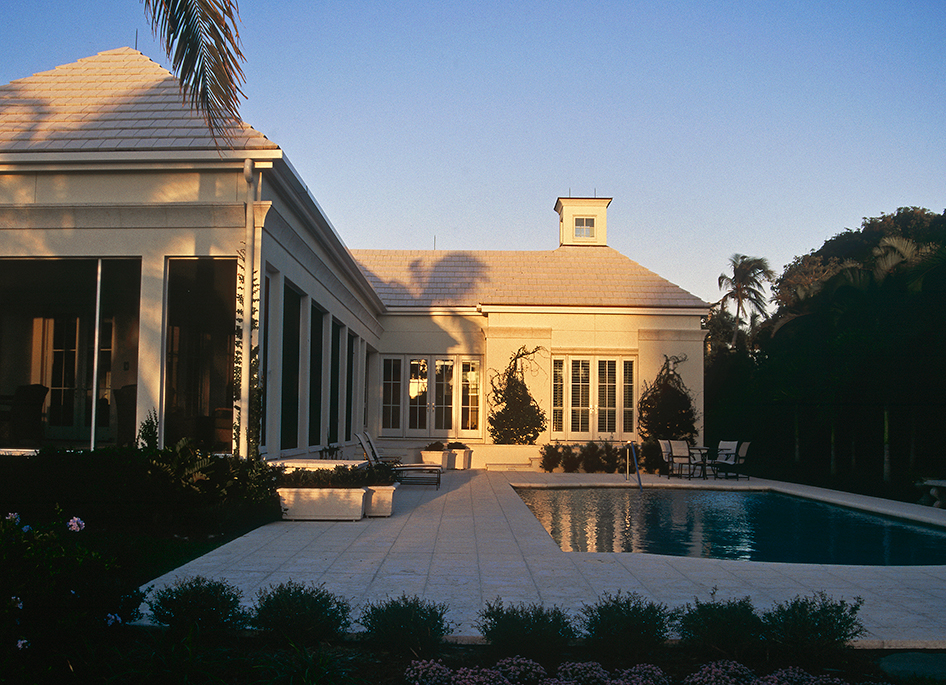 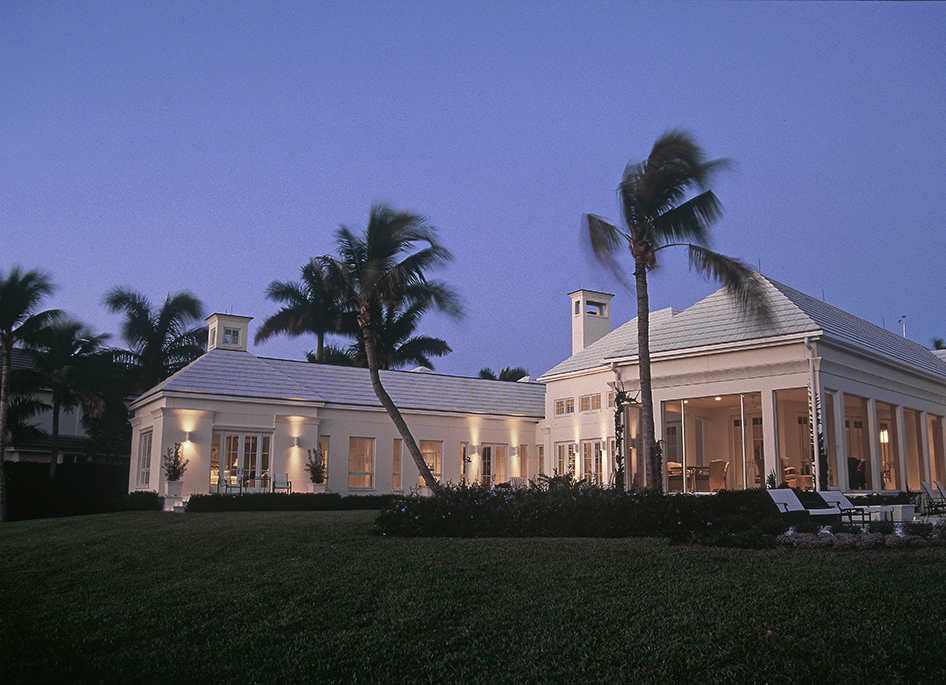 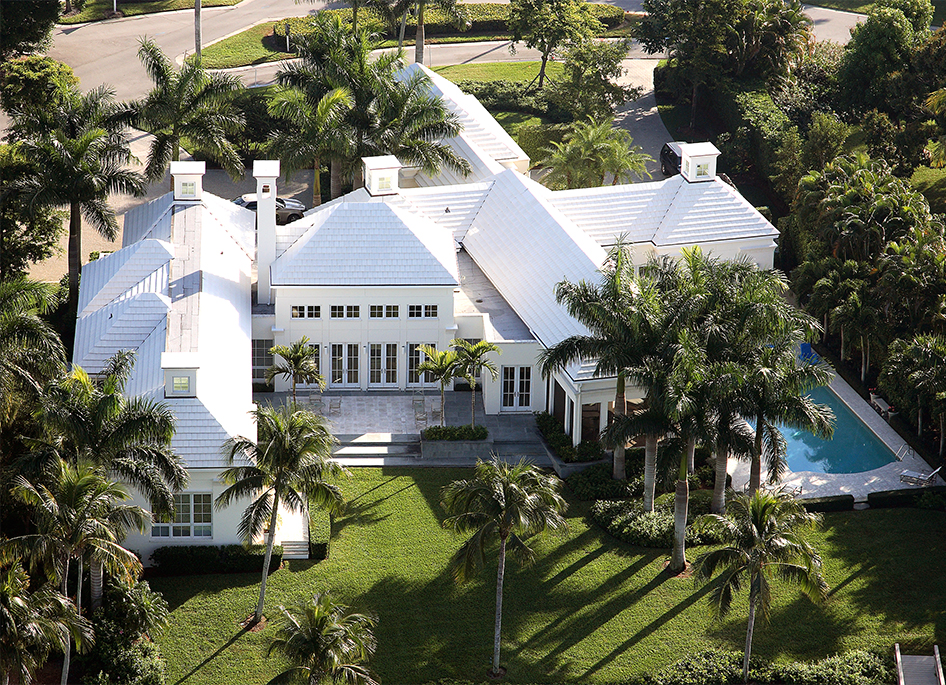 The site, located at the southeast end of Morgan Cove, has both a view of the cove and Smugglers Bay. With the exception of the pool, the existing residence was demolished. This location, along with the retention of the pool, generated a strategy of dividing the public and formal spaces from the more informal and casual areas. The geometrical shift in the plan reinforces the division between these areas as well as focus views from the main living spaces towards the cove and the northwest.

The clients, originally from Cape Cod, were interested in pursuing a compromise between their traditional background and a more modern approach to design. The primary organizational idea became one of repetitive forms or "pavilions". By using forms similar in size and proportion, a series of interlinked architectural spaces were created, each having its own orientation, view and light. The formal spaces of the main living room and bedroom wing are collected by the strict geometry of the plan. In contrast, the more informal shifts of the family room, kitchen and lanai spaces are oriented around the exterior decks and terrace of the pool. The residual spaces created by the pavilions further emphasize the dialectic between traditional and modern design attitudes.

Other concepts centered on a reduced interpretation of traditional details. This manifested itself through the overlay of elements on the facades as well as the reduced architectural details and molding throughout the house. In addition, interior finish materials and a neutral palette of colors and textures were selected to reinforce a more refined, modern atmosphere.

Overall, it is the repetitive pavilions and the client's denial of traditional "one roof" architecture, which bridges the barrier to a more modern interpretation of form. This evokes a variation in flexibility and magnifies the relationship to the surrounding view and landscape.