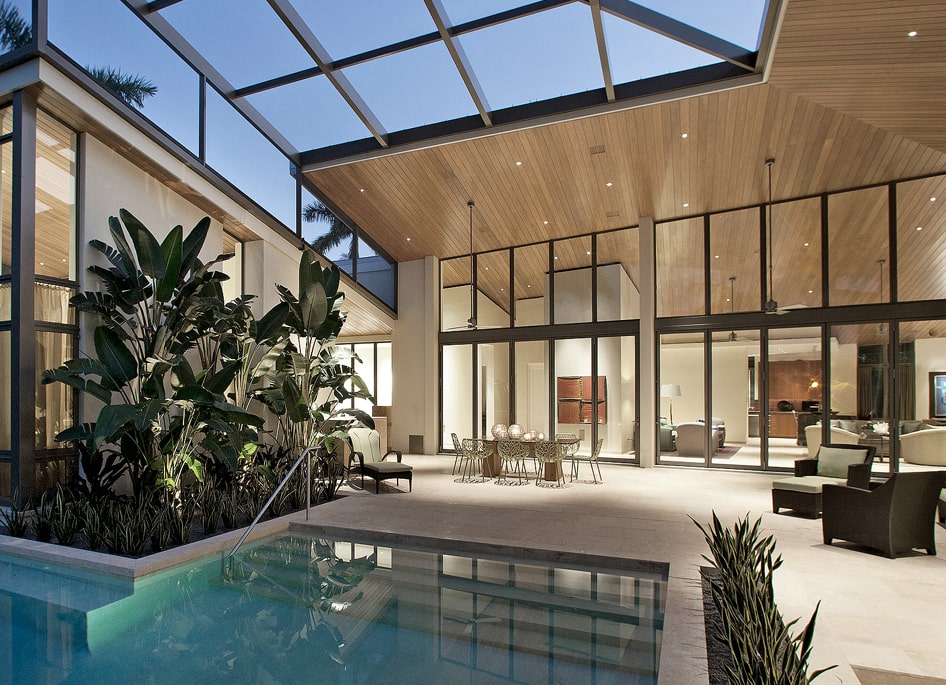 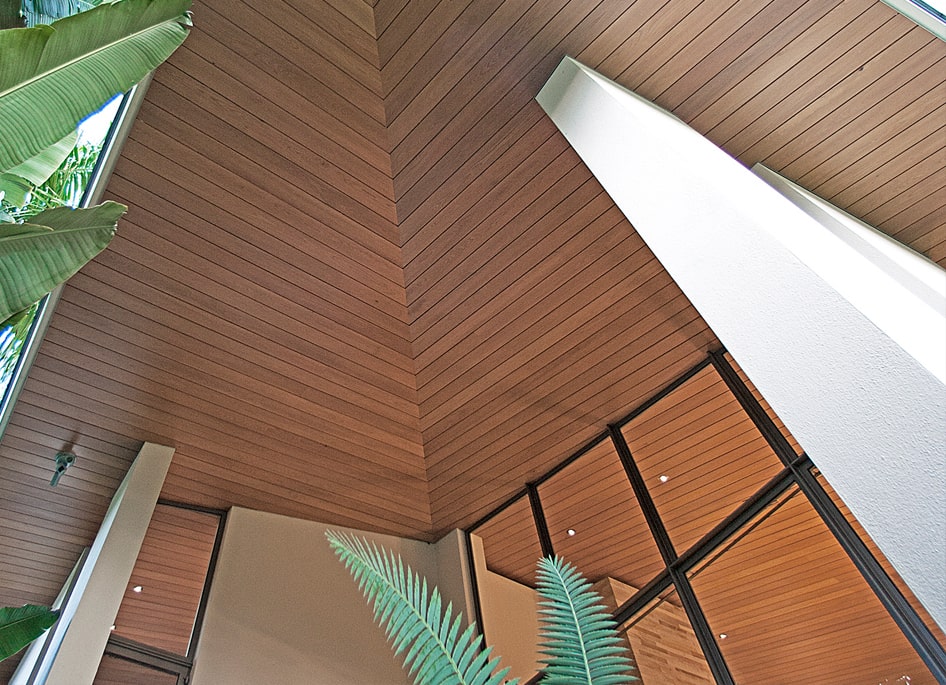 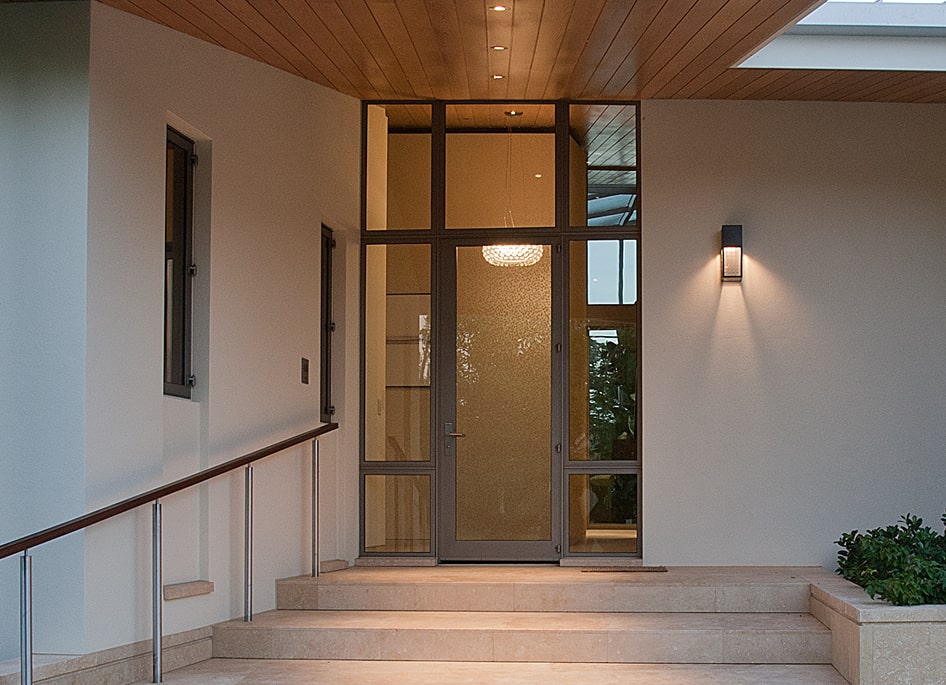 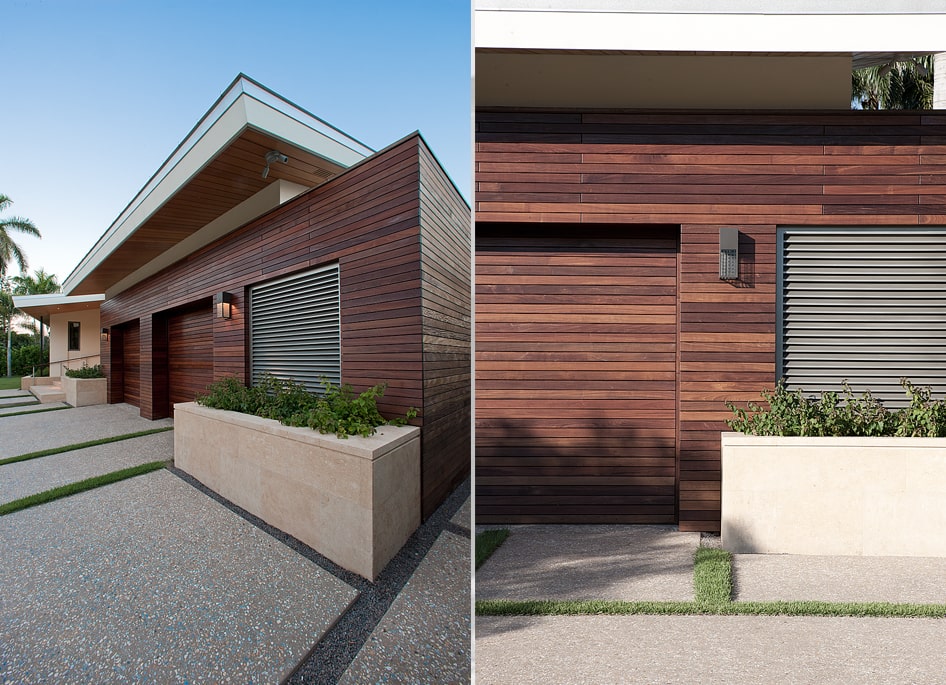 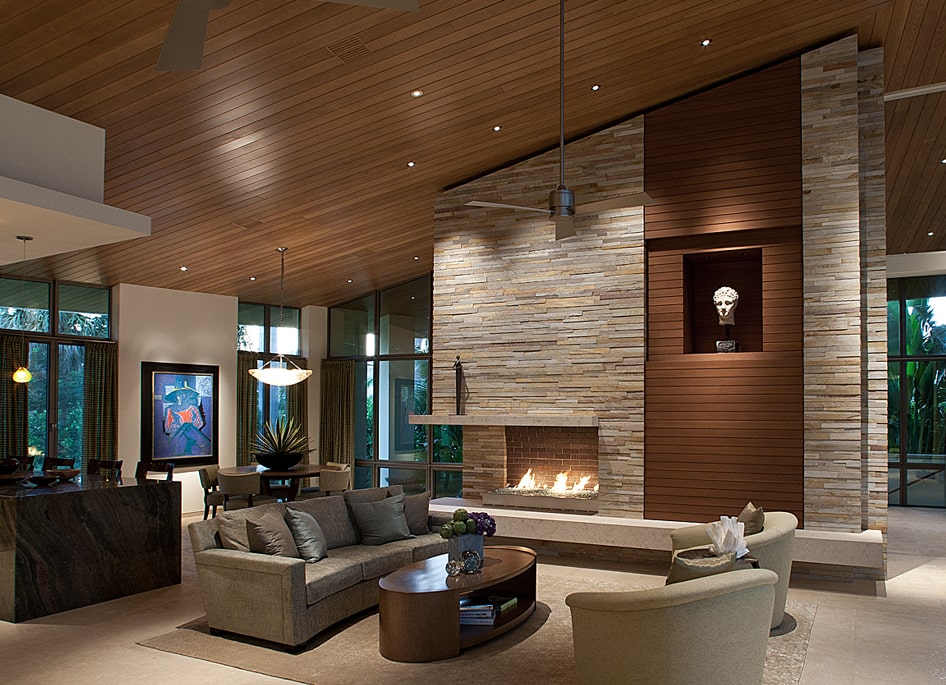 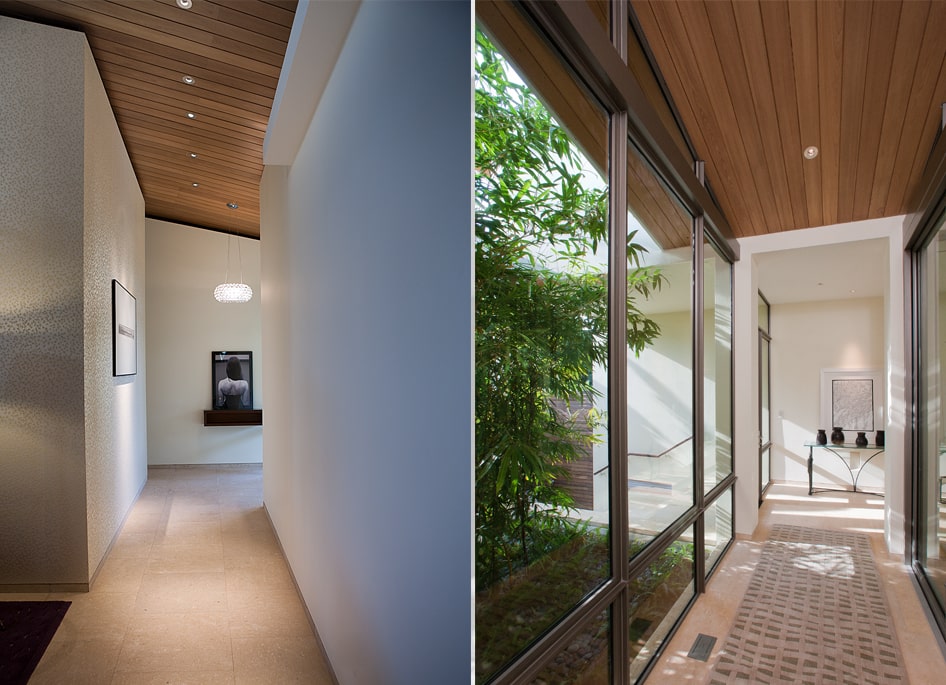 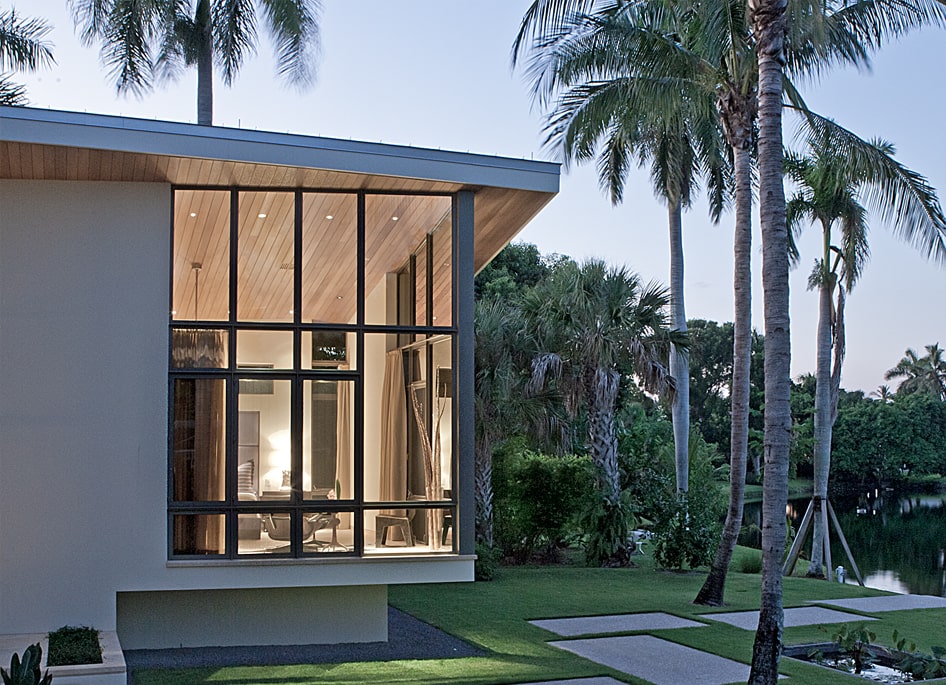 Located one block north of the hospital, the 100'-0" x 200'-0" property is fairly typical for that area. What makes this site unique is it's location on one of the few lakes in the area, and the existing house which had been built in 1954. The existing building represented an interesting example of tropical modern architecture of the 1950's in Florida. The clients, who have lived in the house for several years, enjoyed the design, orientation, and strong relationship of the inside to outside. Because the residence was fifty-five years old and was showing its age, they decided to take on the challenge of building a new home.

With this in mind, the initial ideas were to acknowledge the positive aspects of the existing building, and generate a new form that was reminiscent of the original. This attitude manifested itself in two specific ways. First, the main spaces are organize so they have a similar relationship and orientation as the existing, as well as take advantage of the view and breezes inherent to this site. Second, the form of the build was designed to recall the modern attitude of the existing house. The roof became a simple "sheet" or "canopy" over the building which created a very open plan. This openness allowed the spaces to shift independently and relate to the ground plane. The "sheet" of the roof is then manipulated to the advantage of the spaces below. Throughout the building, various spaces are allowed to align with skylights and / or exterior openings in the roof to let light into the interior. It was equally important that the Lanai cage be an integral part of the roof system instead of the more common practice of being applied at the end. The material continuity of the roof plane from inside to outside further reinforced this idea of "canopy".